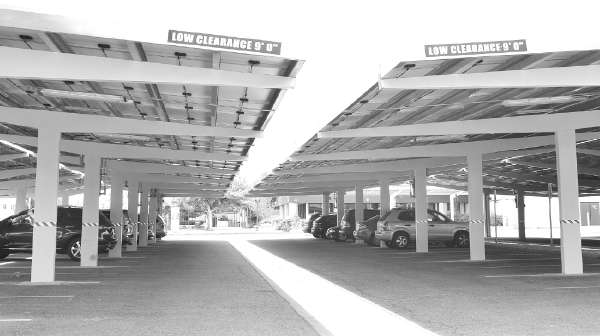 LANCASTER – Lancaster residents and businesses could be buying their electricity from the city by the end of 2015 as city officials plan a “community choice aggregation” system like ones in Marin County and Sonoma County as the next step in the city’s solar-power efforts.
Under the “Choice Energy” proposal due to be voted upon Tuesday by the City Council, residents could sign up for a renewable-energy option or an economy package at rates city officials said their analysis shows could meet or beat Southern California Edison’s rates.”This is the next step towards a brighter energy future for Lancaster residents,” Mayor R. Rex Parris said Friday in the city’s announcement, which followed comments he has made in recent months about the idea. “By providing residents a price-competitive choice of energy providers, Choice Energy will open the door to numerous options for the benefit of Lancaster.”
The vote scheduled for the City Council meeting at 5 p.m. Tuesday at City Hall, 44933 Fern Ave., would declare the city’s intent to establish the community choice aggregation.

It would also authorize staffers to submit an implementation plan to the California Public Utilities Commission and release a request for information from firms that could arrange for electrical power supplies. If the results are positive, city administrators then would return to the City Council for approval to establish the power plan.

As envisioned now, the power system would first be used for city buildings and facilities starting in early 2015, then Lancaster business, and then residences by the end of 2015, officials said. Under the plan, Southern California Edison would continue to own and maintain power lines and other electrical distribution equipment in Lancaster. Residents and businesses would continue to get electric bills sent out by Edison, which would contain an electrical delivery fee charged by Edison plus an electrical generation charge from the city’s energy authority.
City officials said the proposed electrical rates have not been set and will be determined in coming months. In the future, the rates will be set by the city, rather than by the California Public Utility Commission, which has authority over Southern California Edison, Pacific Gas & Electric and other investor-owned utilities. In addition, Lancaster residents and businesses could choose to remain customers only of Edison, officials said.

In Marin County, for example, the Marin Energy Authority began serving customers four years ago as Marin Clean Energy, the first community choice aggregation to go into operation under a state law passed in 2002, following California’s so-called “electricity crisis” that saw statewide rolling blackouts. About 125,000 homes and businesses are customers, or about 80% of the county and neighboring Richmond, while about 20% remain customers of Pacific Gas & Electric, spokeswoman Jamie Tuckey said. Sonoma County’s community choice aggregation agency began serving its first customers May 1.

For a typical Marin County residence using 500 kilowatts a month, the average monthly electric bill is about $83 for PG&E customers, $82 with Marin Clean Energy’s Light Green plan and $87 with its Dark Green plan, she said. For a typical commercial customer using a little over 1,000 kilowatts a month, the monthly bill is about $272 with PG&E, $259 with Light Green and $270 with Dark Green, she said. The Light Green plan uses 50% “renewable” sources including solar, wind, geothermal and small hydro-electric power, she said. The Deep Green plan uses 100% renewable sources.

The agency recently launched a third plan that uses energy from a new solar field in Marin County, she said. Marin Clean Energy customers get one bill, which carries Marin Clean Energy’s electrical generation charge and PG&E’s delivery charge. For residential customers, that’s about $36 of the $82 or $87 typical bill, records show.

SCE works with local governments in its service territory, at their request, to provide information to officials interested in CCA.” City officials said the plan to first begin serving city facilities, then commercial and later residential accounts, will help smooth the transition for customers. “We are firmly committed to ensuring that this is a successful program,” Parris said in the city announcement. “The phased enrollment process will allow the city to serve as a test case of the program and its impact, thus giving staff the opportunity to work out any issues that may arise with our own accounts before the public is enrolled. This will help ensure that the process runs smoothly for businesses and residents.”

During the enrollment period, customers will receive a minimum of four notices via mail informing them of their enrollment dates and providing details about the Choice Energy program. Customers who wish to remain with SCE can follow the opt-out procedure, while those who wish to be part of Choice Energy need do nothing, officials said.

Can A City Get To Net Zero? Lancaster, California Mayor Thinks So – F...
Scroll to top