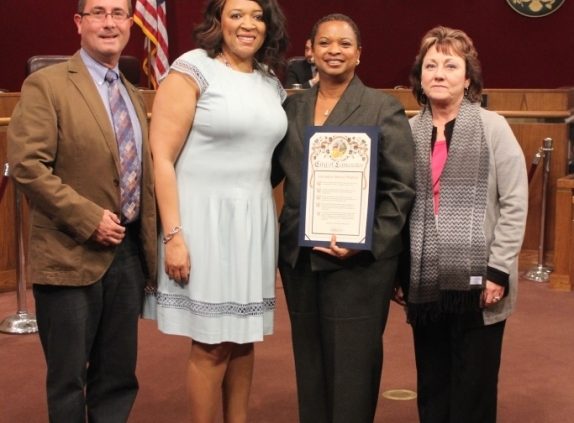 “The City of Lancaster is aggressively pursuing Net Zero status, and achieving this goal is only possible through partnerships with like-minded entities,” Lancaster Mayor R. Rex Parris stated. “The Lancaster School District has taken a progressive role in supporting the City’s alternative energy endeavors, and we are immensely grateful for their ongoing engagement in our vision for a greener, more sustainable community for future generations.”

The Lancaster School District was the City’s inaugural solar partner when the Solar Lancaster program was launched. At that time, LSD, along with the Eastside School District, implemented solar installation at 25 facilities, achieving a total of 7.5 Megawatts installed. The project created 250 jobs with the installation of more than 32,000 solar panels. In all, the participating school sites generated approximately $410,000 in electrical savings in the first year alone, with more than $8 million in savings projected over the life of the 25-year project.

Furthering its commitment to sustainability, the Lancaster School District was also an early enrollee into the Lancaster Energy Program, which launched last year. In May of 2015, the District enrolled 41 accounts. In the first five months alone, the District garnered a net savings of more than $41,000. This was made possible through the aggregation of the energy produced at the solar sites, which offset the energy usage over all accounts.

“Initially, I was tentative about joining the Lancaster Energy program,” admitted Dr. Bowers. “Now, I am immensely thankful for the incredible savings this program has garnered for the Lancaster School District.”