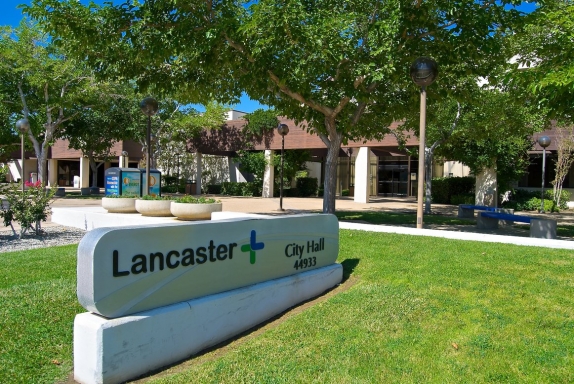 Lancaster, CA. September 30, 2016 – Through the leadership of the Lancaster City Council, the City of Lancaster has been established as a municipal frontrunner in the alternative energy arena, both locally and abroad. The City’s ongoing achievements toward the goal of establishing a fully sustainable community environment have garnered its recent designation as the first Green Power Community in Southern California, according to the United States Environmental Protection Agency (EPA). This distinguishes Lancaster as the leading municipality in the State of California focused on utilizing zero-emissions electricity.

“The City of Lancaster is working hard to give our residents and businesses easier access to renewable energy, as we strive to become a Zero Net Energy City,” said Lancaster Mayor R. Rex Parris. “This recognition from the EPA reaffirms that we are on the right path, performing the right tasks, and pursuing the right vision as a community. We are proud to be forward-thinking, and a city of firsts, time and time again.”

Green Power Communities are areas which prioritize the use of “green” power in large quantities. Green power is zero-emissions electricity which is generated from environmentally preferable renewable resources, such as wind, solar, geothermal, biogas, and low-impact hydro power. The EPA recognizes these communities’ efforts to provide a better quality of life to both their current and future residents through improved air quality, lower greenhouse gas emissions, and more sustainable practices. Lancaster is currently using more than 15 million kilowatt-hours (kWh) of solar and wind energy annually — enough to power excess of 1,400 homes per year.

The City’s Lancaster Energy (LCE) utility was instrumental in garnering Lancaster’s designation from the EPA. LCE Customers now realize significantly higher renewable energy content than what has been previously available. In addition, LCE offers a Clear Choice program that provides customers with 35% renewable energy. Customers may also “opt up” to the Smart Choice program, which uses 100% renewable energy. This offering, along with the City’s many other green initiatives, has propelled Lancaster into the forefront of alternative energy advocacy locally, regionally, and abroad.

City of Lancaster Flips the Switch on the Holiday Season with Annual Christmas...
Scroll to top